Statement of support worker "A" from Solent Mind 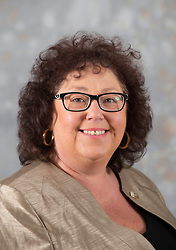 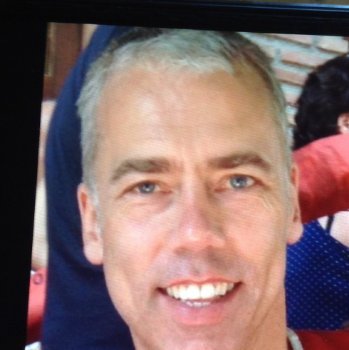 I was going to include this statement further down the line until I discovered today that a Charity Solent Mind was giving a presentation to Hampshire Police Federation.

Hampshire Police Federation did not help me and acquiesced in my treatment by senior officers of the force. It would be nice to see a change in the culture but are the police federation simply jumping on the mental health bandwagon to give the perception of a caring sharing support organisation.

The Police Federation can help if they want to but in my case were heavily influenced by senior members of Hampshire Constabulary which will be evident from the witness statements I am now publishing.

Also being whistleblowers seems to exclude us from services which would ordinarily be offered to others in the same profession.

If just finding out a little of my case now, I was subjected to a Kangaroo Court and denied my right to a police disciplinary hearing, the hearing also breached natural justice in virtually every aspect.

I am the only officer to have ever been dismissed from a police force in this manner for allegedly disobeying an express order from Chief Constable Paul Kernaghan.

Importantly, it was subsequently proved that I had not disobeyed the order and was fitted up by then DC Timothy Plummer (now DS) of Hampshire PSD who made two witness statements, the second embellishing the first and did not accord with video evidence.

At a subsequent employment tribunal, Part Time Employment Judge Paul Housego prevented the lay members of the tribunal from viewing the footage.

The allegation was that I was working on my wife's stall at a farmers market. At the time my wife was caring for me for 90% of the time and was heavily medicated due to the continual victimisation by the force for having been a whistleblower.

The hearing I attended was a farce with a predetermined outcome. Despite attending with a barrister he was not permitted to introduce his written representations as documents had not been supplied within timescales set by the PCC solicitor.

I did not have a police federation representative from Hampshire Constabulary and found one from another police force to assist me.

Effectively, we had to sit there in silence not being allowed to introduce evidence, call or cross examine witnesses and having to witness the now familiar criminal acts with regards to disclosure by Hampshire Constabulary including suppression of relevant documents including a witness statement.

The police solicitor Mr Trencher was obnoxious to my barrister, the process was extremely unfair and intimidating where a decision had already been made to dismiss me by former Chief Constable Paul Kernaghan and this simply needed rubber stamping by the police authority.

I need not go into further detail at this stage and reproduce below the text of a witness statement from a support worker from Solent Mind whio attended the hearing to support me:

"I have worked as an advisor in this role for the past 8 years. I have a Certificate in Mental Health Care, a Teaching Certificate and I am currently in the third year of a Business Management Degree."

"Persons are only referred to the SMVAS if they have been assessed as having a severe mental health problem and live in the area of one of our three CMHT’s that SMVAS has a contract with."

"The aim of the Service is to support a referred person either within the workplace or aid them in their efforts to return to the workplace if they are off sick. We are a Charitable Organization but are part funded by the Primary Care Trust."

"On the referral notes that I received from Claire Hibbard, Julian is described as having symptoms of depression following protracted stress due to a dispute with his employer. Claire Hibbard also stated that she wanted Julian to receive support for his employment tribunal and the impact this stress was having on his mental health."

"I also met with Julian on 5th February 2008. During these two dates, I was also in correspondence with his solicitors."

"It was at the request of his solicitors that I attended a meeting in London with Julian where I met the solicitors and the rest of Julian’s legal team on 7 February 2008. This was a meeting with counsel prior to the Police Authority hearing."

"On 15th February 2008 I attended the Hampshire Police Authority hearing in Winchester. I was supporting Julian, and Julian’s wife Heidi was also present and Julian’s Federation Representative Lawrence Milligan. Julian was legally represented by Michael Boardman of Counsel."

"During the hearing I sat directly alongside Julian, so as to keep him calm throughout the hearing. Heidi sat immediately behind us."

"I would say that almost instantaneously, right from the outset, the panel (which consisted of two females and one male) appeared to be biased against Julian and his legal team."

"At the outset, the Panel refused to allow the bundle of documents from Julian’s Counsel that contained the crux of Julian’s Written Submissions (prepared by Russell Jones and Walker Solicitors) arguing why the Hampshire Police Authority should not dispense with Julian’s Services."

"The Police Authority Panel stated that the Written Submissions were allegedly “out of time.”

"Mr. Boardman of Counsel argued that although the submission was technically late, the time limits had been set by Mr Gardiner, and requests had been made for a postponement. Due to the process of DS Panayiotou having to seek representation via the Police Federation and the file being passed between various departments at RJW Solicitors, a conference had only recently been arranged and it had been difficult to obtain clear instructions from Julian because of his illness. He asked for an adjournment in order that the Panel could have time to read the submissions. This was refused. He asked if he could read out the contents of the submissions, to put to the Panel Julian’s case, which he said was permitted in the circumstances, again this was refused."

"It appeared that whatever tack Counsel tried to make it appeared that the Panel had already made up their mind and refused to allow any submissions at all. This appeared to breach all sense of justice."

"Counsel again tried to get an adjournment; this again was refused after a very short deliberation."

"Julian became very agitated. I also was feeling annoyed that Julian and his legal team were not getting a fair hearing. The legal team appeared to be just hitting a brick wall."

"I cannot now remember the exact words, but someone said something that made Julian react. He stood up and said in an outburst informed the Panel that he believed this was internally networked corruption. At that point, I was also frustrated on Julian’s behalf and addressed the Panel. I said to them, “It appears to me, that you have not taken into account Julian’s condition, the Disability Discrimination Act and made reasonable adjustments. This is a joke.”

"Julian stormed out of the meeting room and I followed him."

"We went into the preparation room where we had initially met counsel before the hearing. Julian and I were joined by Heidi, Lawrence Milligan, Counsel (Mr Boardman) and his attending solicitor. Julian was very distressed and annoyed, but at the same time he appeared quite resigned to the fact that he would never get a fair hearing."

"Both Counsel and his attending solicitor commented that in their respective years of practice neither had experienced anything like it, and appeared to be at a loss of how to rectify the situation."

"The Police Authority Hearing continued in Julian’s absence and without his side being put. The Panel only heard the Police side. In fact, Mr Boardman of Counsel described it as a kangaroo court."

"I would like to comment that because of Julian’s condition, he will, and does, take longer to deal with and comprehend paperwork and recall information."

"I felt that his dismissal proceedings were unjust and unfair, in that they failed to take into account Julian’s condition. Nor did they take into account his submissions or make reasonable adjustments under the Disability Discrimination Act."

"Since that hearing I have been in almost weekly contact with Julian throughout subsequent proceedings. He continues to have bouts of depression, anxiety and is not sleeping properly. I feel he is consumed with the case, even though there are other concerns affecting his life. Julian is so thorough in his preparation almost to the point of obsession, to fight back against the tremendous weight of authority."

"I would like to add that I am, on a rotational basis, the “on call” manager for the Appropriate Adult Scheme for the whole of the Hampshire Police Authority. I co-ordinate the Appropriate Adult Volunteers that are required within the Custody Suites. I am well aware of the provisions that dictate the use of appropriate adults in interviews. As a result, I feel that given Julian’s condition, he should have had an appropriate adult at any interview he had to undergo with the police, either for a discipline or criminal type interview."